Join Us This Sunday

A Look at Our Heritage 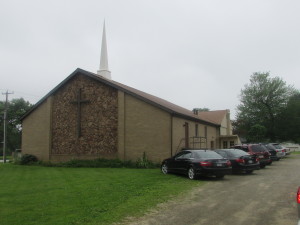 The story of how RCCG Erie began is another historical reminder of the omnipotence of God.  It is a tale of faithfulness, obedience and humility that all started with a divine revelation and one yearning heart seeking to please the Lord.  Uncertain of what the Almighty God was intensely preparing her for, all Dr. Enakenem Dogun was clear about was that this was no ordinary calling on her life. A pediatric medical doctor by profession, Dr. Stella (as she is fondly called) passion is serving others especially children. So when the Lord spoke to her it was no surprise that He wanted her to begin a community outreach ministry in Erie. An incredible vision both exciting and overwhelming, she knew she had to do something about it.

September 13th, 2009 she met with Pastor Esan Adegboyega who is the senior pastor at RCCG, Living Spring Pittsburgh, PA. During their meeting he told her of how God spoke to him about planting a church right in Erie. It was to start off as a house fellowship and wanted to know if she knew someone who would be willing to host the weekly gathering. Little did he know that he need not look any further than the woman of God who was sitting in front of him.

November 14th, 2009 was the first house fellowship. There were about 80 people in attendance at her home. The service was nothing short of miraculous; from the 80 degrees winter day to the awesome worship experience, there was every reason to believe that it was God who orchestrated this beautiful beginning. The fellowship progressively continued once a month until the summer of 2010. It was not long before they needed more room and so the fellowship changed location to the Clarion Hotel

On July 4th, 2010 history was made in God’s kingdom. What was once a humble house gathering had now officially become what is known today as RCCG Living Spring International Center Erie. The inaugural worship service was held at the Clarion Hotel in Erie, PA and the message was titled, “A New Dawn.” Pastor Dare Omotayo was ordained as the resident pastor and served till November of 2010.

As the Lord would have it, on September 5th, 2010, there was more good news that RCCG Living Spring International Center had found a permanent location, right on the corner of E 12th Street and French (1202 French Street Erie PA). Soon after, commissioned by Pastor Esan the church was ready for kingdom work.

On October 23, 2011 a true blessing in the form of a man, Oladeji Olaore happened when he accepted the assignment of becoming the next pastor of RCCG Erie. A deacon at his home church, a devout father and professional diplomat, Pastor Deji was able to bring his leadership matched with a servant’s heart to help setup this church for massive growth. Both he and his family’s exceptional sacrifice served as a model of humility for every church member. Driving from Erie to Pittsburg at least once a week, pastoring and overseeing the affairs and welfare of the church challenged everyone to intensify their hunger for serving God.

Bible verse of the day

Jesus replied, “Very truly I tell you, everyone who sins is a slave to sin.”
John 8:34
DailyVerses.net